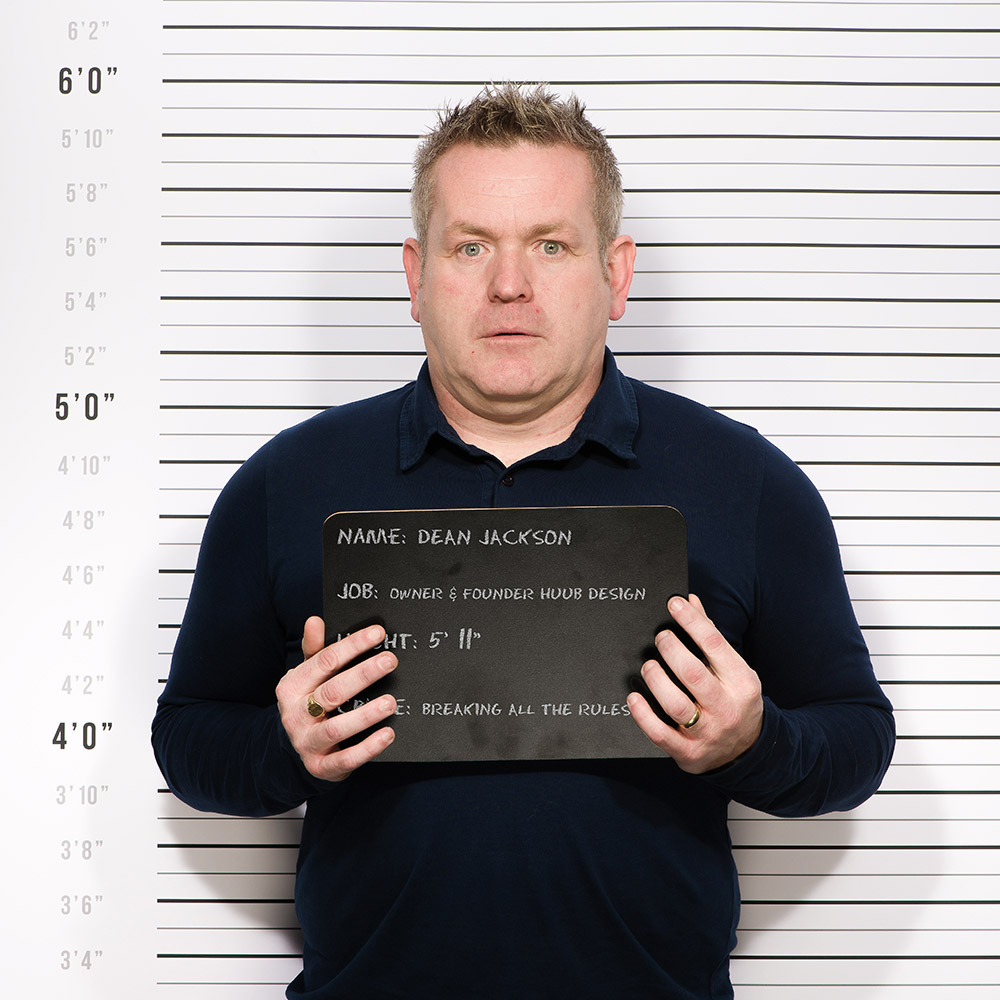 Crime: Breaking all the Rules

I fully respect the fact that John the Mayor has not only put a call out for the fundraiser but rightly so rolled up his sleeves and got involved. He is leading the charge to raise funds for some amazing charities and some issues that we would prefer sometimes to not be made aware of, but they exist and John is doing his bit, so I felt compelled to do mine. Even if it does mean sharing a cell with Jonny Greendog! 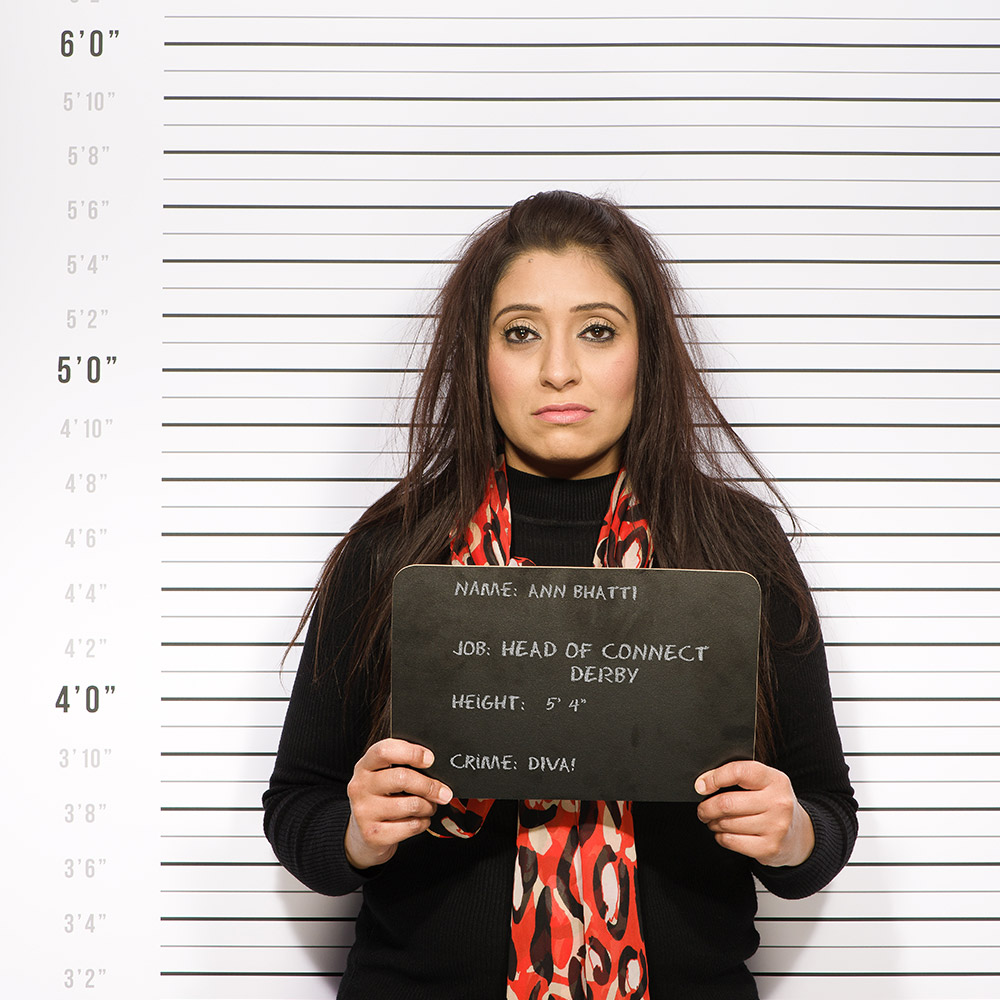 I've got involved with the Big Lock Up because the work these charities do is exceptional. Every child has a right to a happy and loving childhood and I hope the funds I raise through this event will help contribute towards that. 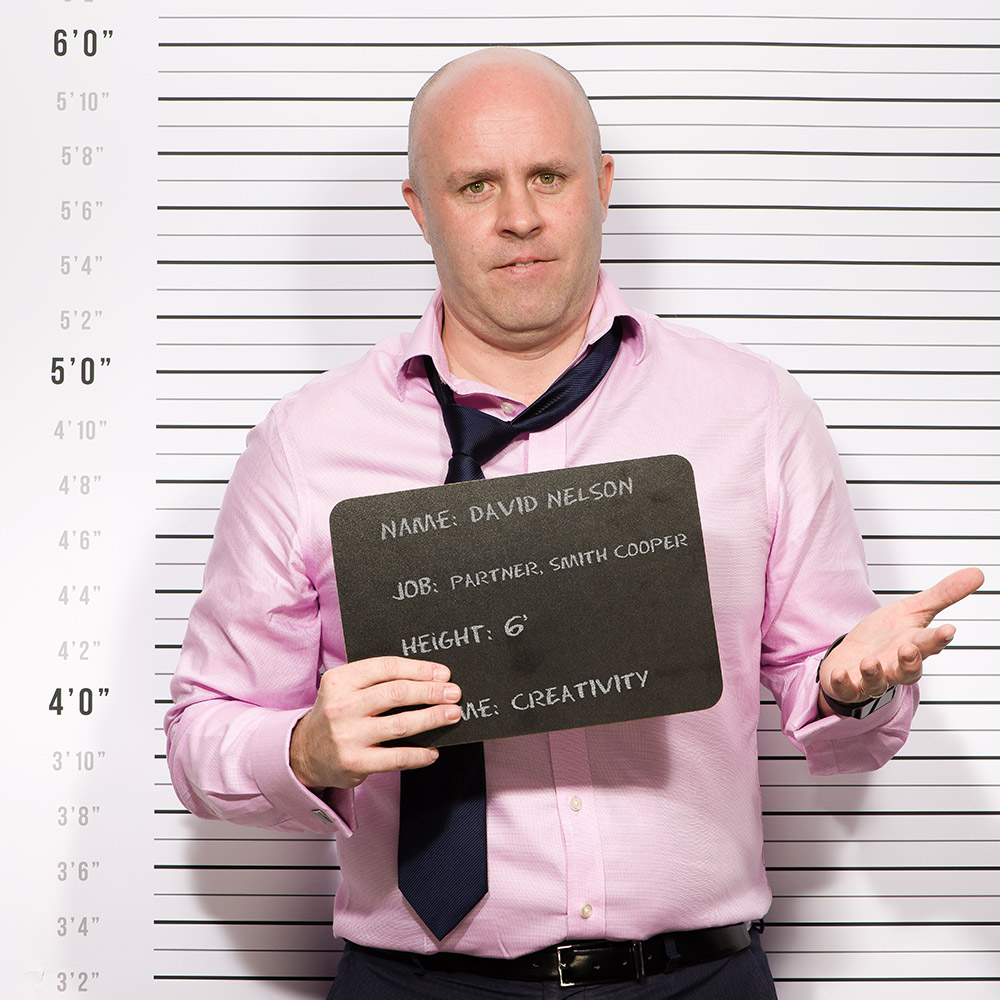 Crime: Arson - his spreadsheets are on fire!

By getting involved in the lockup charity challenge, I hope to help raise awareness and funding for charitable organisations that otherwise may not have a voice, helping them to achieve their aspirations and continue to provide their invaluable support to those in need, all whilst having a great time with other, like-minded professionals from Derby. 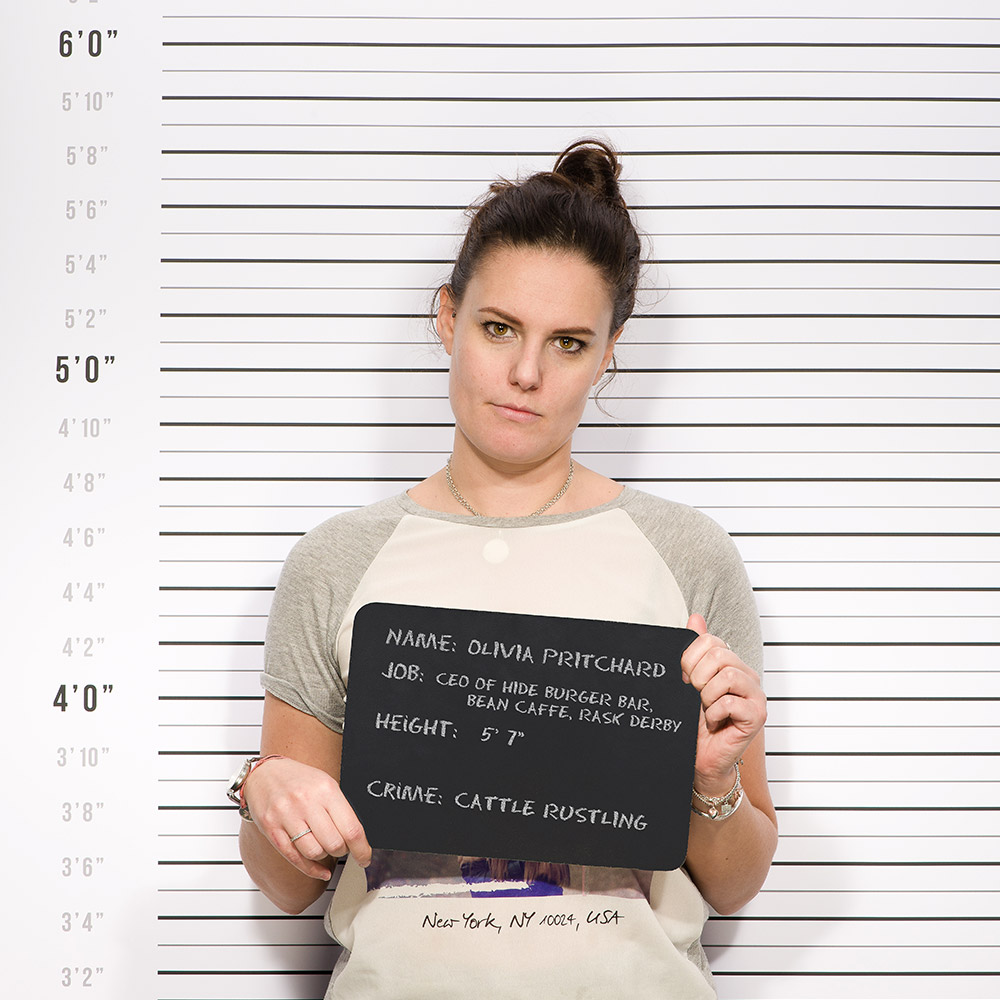 Crime: Always on the hustle - caught rounding up longhorn cows for Hide burgers

I'm taking part in the lock up event as I think it will be a great way to spread awareness of these fab charities and raise money for some fantastic causes. 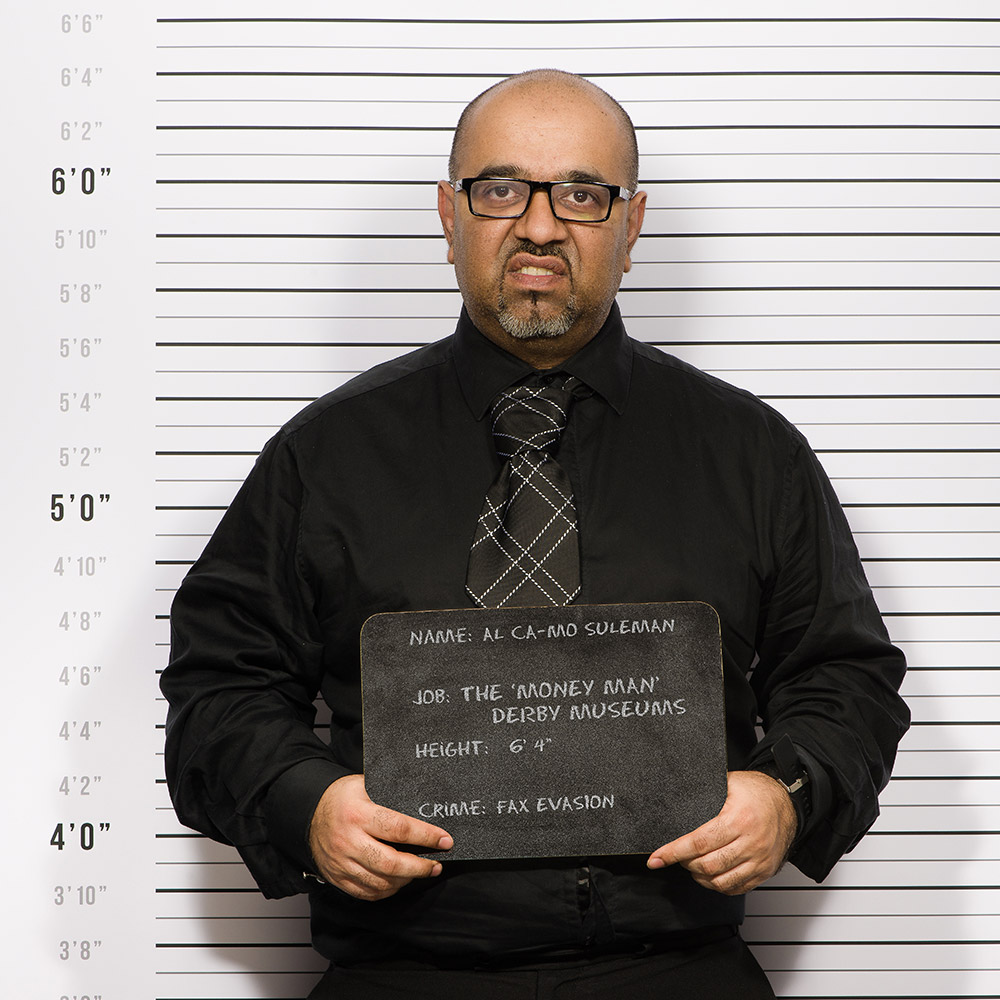 "The Money Man" at Derby Museums

I am getting involved in this lock up event because all the chosen charities are amazing organisations doing unbelievable things to make Derby a better place. The Mayor has done a fantastic job and I want to show my support and gratitude to him for everything he is doing for the Museum but also for the other charities. 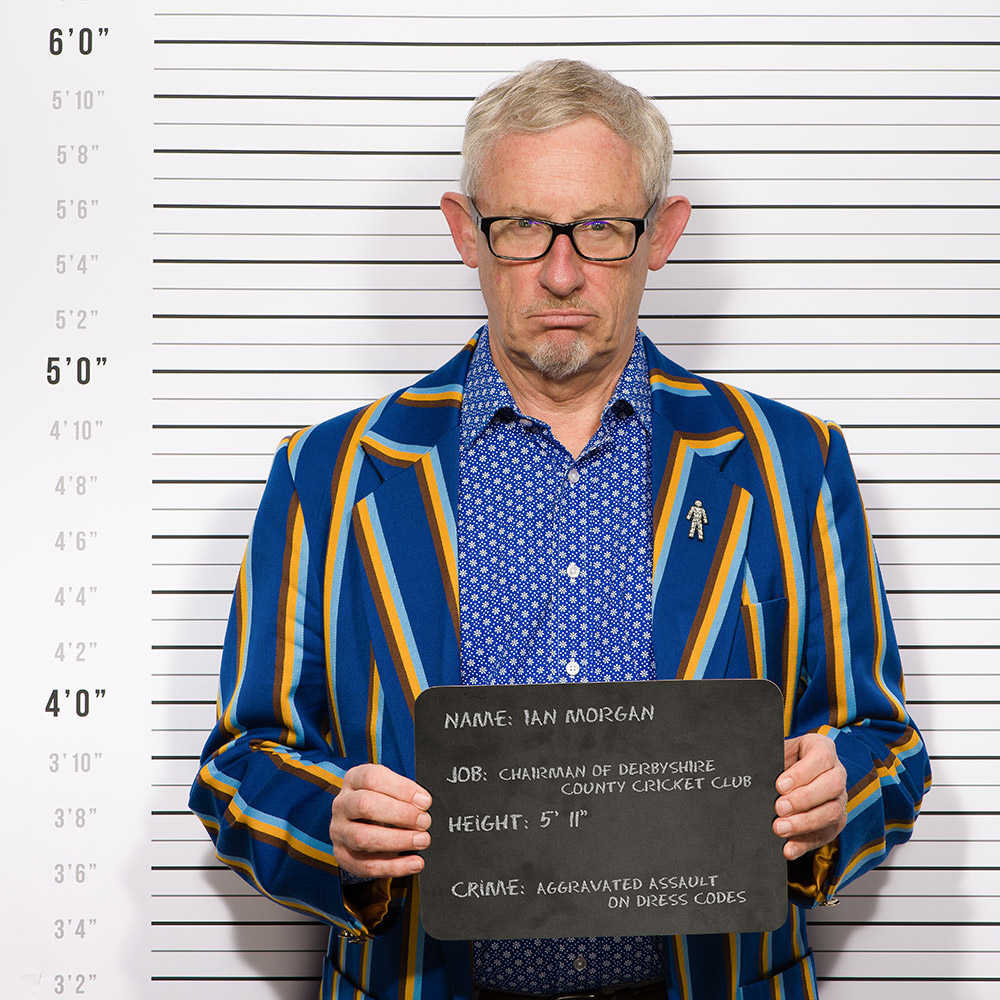 The Mayor and Mayoress of Derby are inspirational in their work and support for children and I am delighted to have the chance to support their charities. The very colourful, striped blazer in the mug shot is hard to ignore and it has been suggested on more than one occasion that I should be locked up for wearing it. 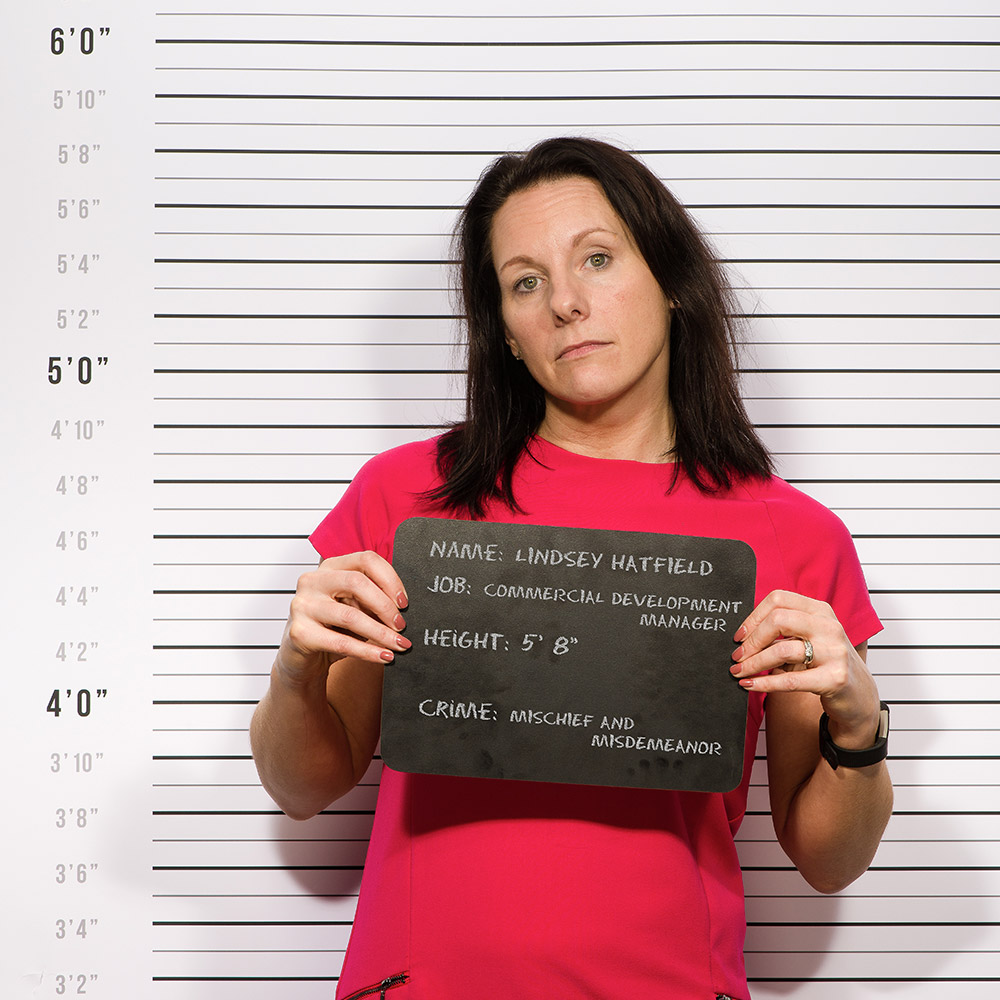 Three of the Mayor's charities are Bondholders which is why I would like to show my support. 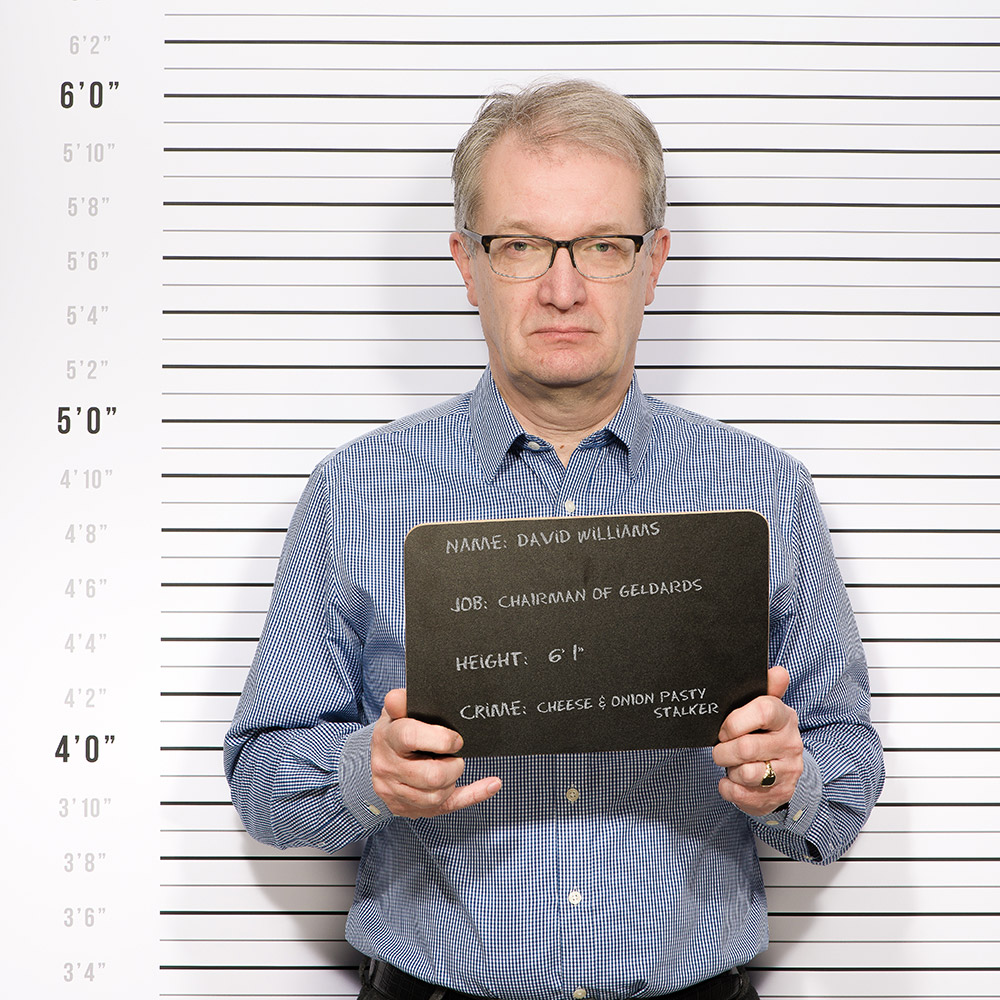 I am pleased to be able to support the Mayor's charities. John has set himself an ambitious target and everything raised will go to very good causes. All I've got to do is get locked up. How difficult can that be? 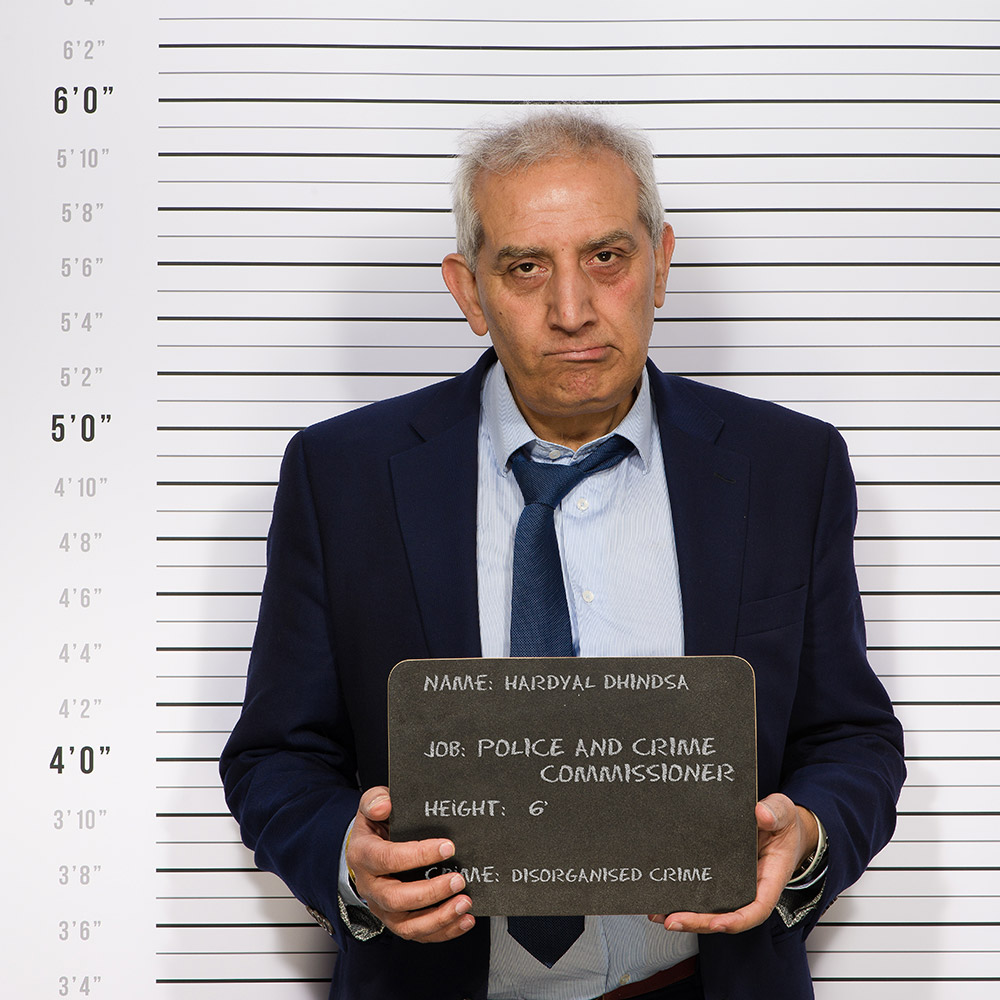 My job as Police and Crime Commissioner is to protect communities and fighting crime. There are too many vulnerable children who get victimised and these children’s charities in particular do great work in helping save them. So please give generously by donating to this worthy cause so that we can raise a lot of money for these five wonderful charities! 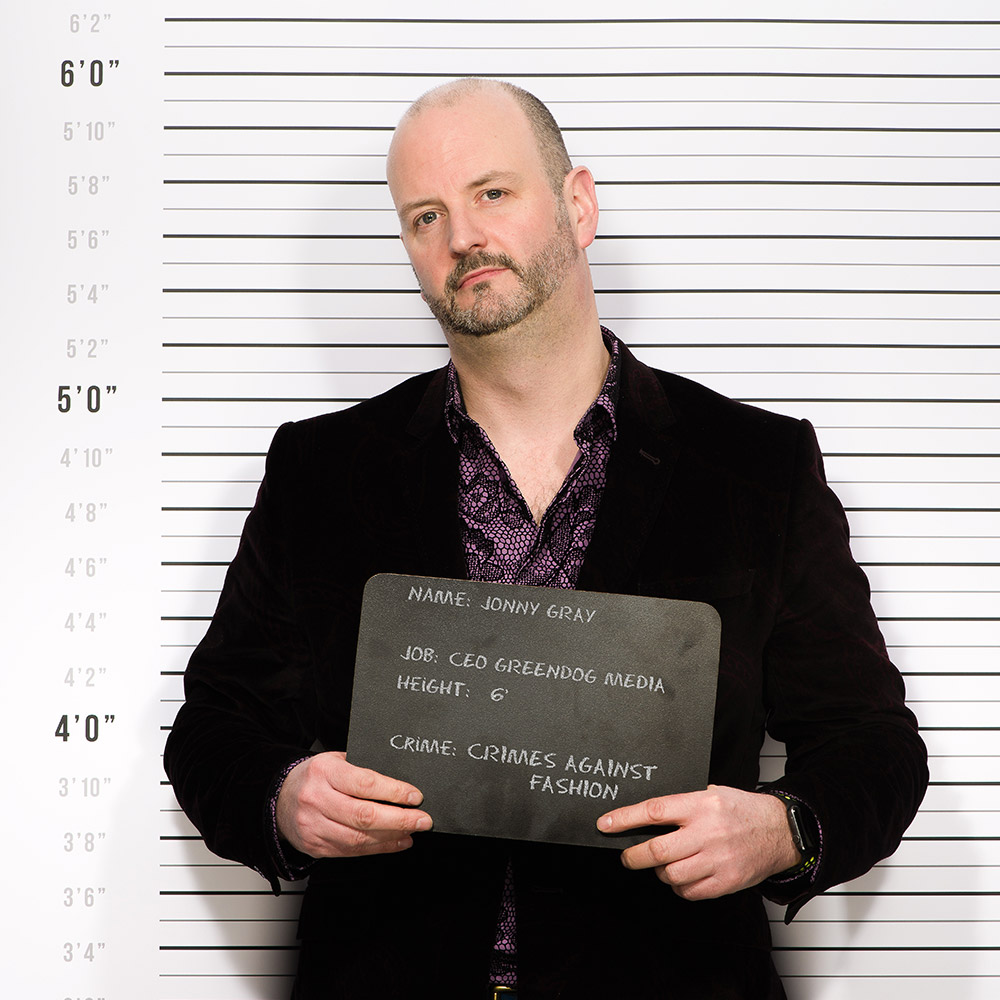 To help people overcome what life throws at them……time raising money and what these charities do for people is time well spent, while running from the police and being lockup! Like the dog (greendog) I am. 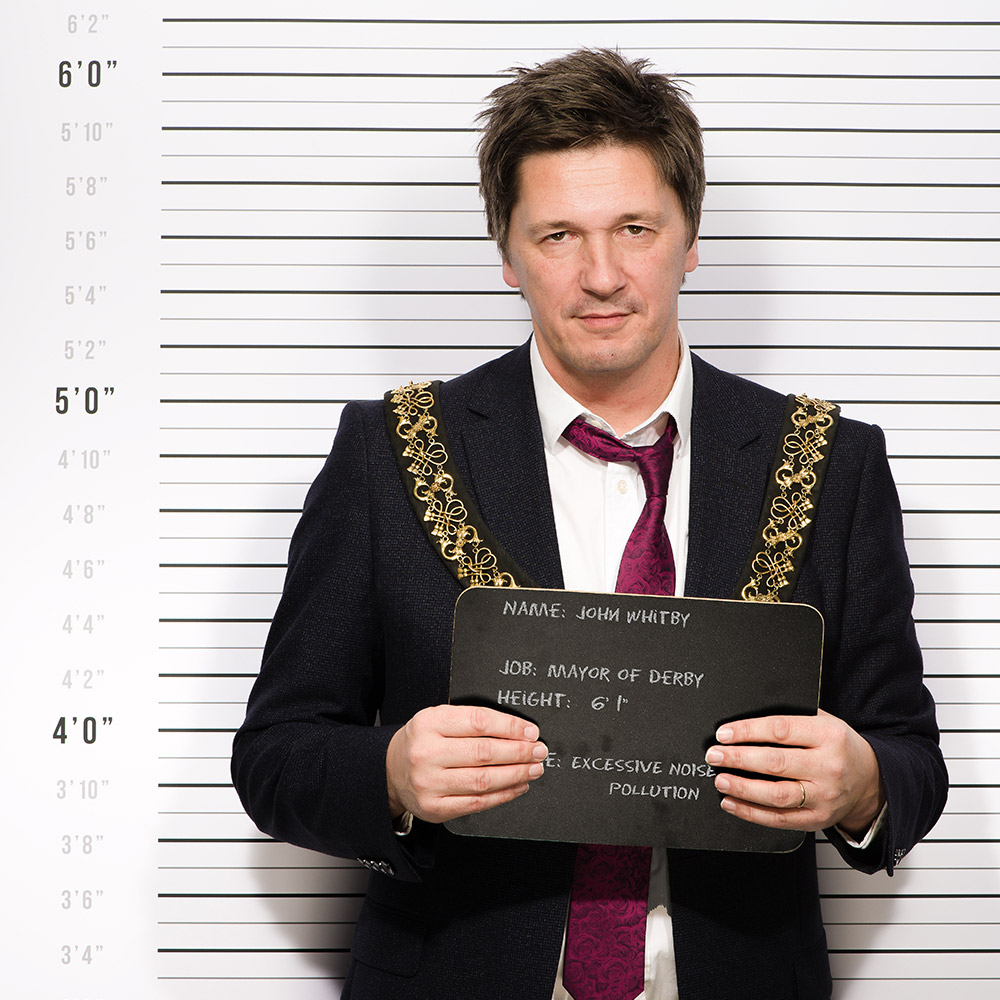 I'm doing the lock up because Councillor Shanker seems to be keen to get me locked up and because I NEED your money for my charities! 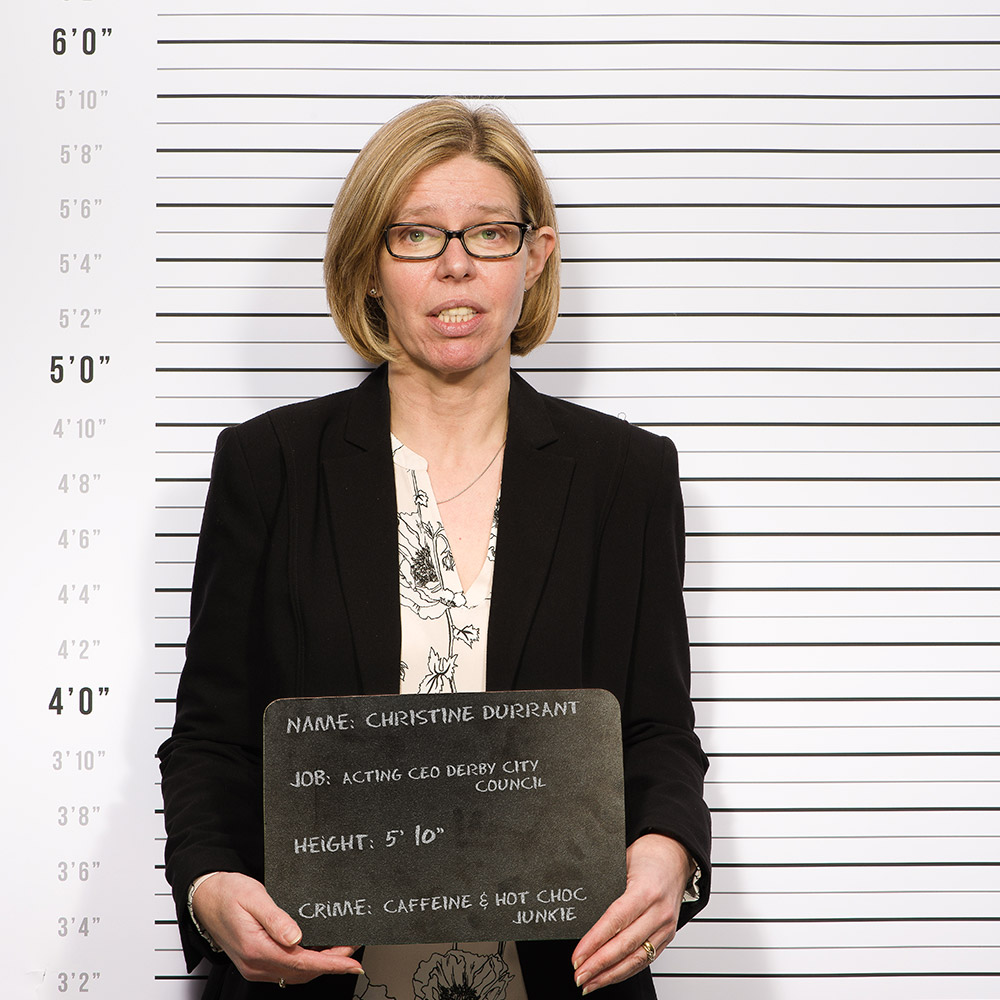 I got involved with the lockup event because I was 'cheerfully volunteered' by the outgoing Chief Executive; however, once I focussed on the brilliant charities that we hope to raise money for, the decision to take part was easy.

Every year, the Mayor of Derby launches a fundraising appeal to raise money for his or her chosen charities. This provides much-needed help to a number of charities each year and attracts the support from the Derby community.

The Mayor, Councillor John Whitby, has selected five charities with a particular focus on supporting vulnerable children and families as recipients of this year's fundraising appeal:

Established in 2002, Safe and Sound works to keep children and young people safe and sound from sexual exploitation. Providing support directly to children, young people and families in Derby and Derbyshire, they work to ensure that individuals receive the support they need to move forward with their lives.

Founded in 1974 by local Derby resident, Etheleen Mildred Wigley, the charity acts as a meeting place to provide supervised contact, family support and mentoring services, to discuss any issues the families may be facing.

DCHC is a charity which provides Derbyshire children experiencing difficult times at home with a week-long holiday in Skegness, Lincolnshire. For many children, the relationships gained remain with them for the rest of their lives.

A volunteer-led humanitarian organisation that helps people in crisis, whoever and wherever they are. Starting their movement in 1863, they are often the first responders to help people in crisis from conflicts, natural disasters and individual emergencies.

A charitable trust, responsible for holding and curating all art and collections in their care. Passionate about showcasing the best of Derby's rich cultural and creative history in a fun and interactive way, enhancing and encouraging children's learning.

By continuing to use the site, you agree to the consumption of cookies.